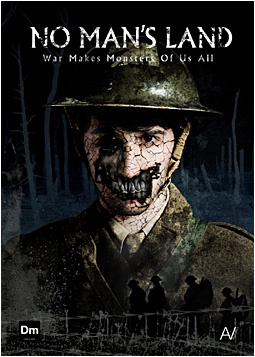 The Western Front, 1916. The daily struggle for survival in the trenches of World War One is terrifying enough, but the battle-weary English troops soon discover a new foe lurks on the battlefield, one far more malignant than their German opponents. An ancient race of creatures have emerged from their subterranean lair to feast on the corpses of the fallen, and no mere soldier can stand in their way. Only one lone corporal stands against them, but faced with a supernatural enemy, the forces of the German army, and the vicious sadism of his commanding officer, can he possibly survive the horrors of NO MAN’S LAND? .